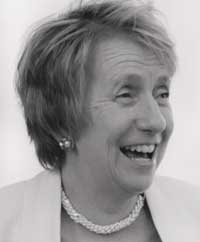 Vicky had a long and successful career in the UK Met Office in a variety of roles – as a climate science researcher, programme manager, communicator of publicly important science and partnership developer. She is now building a portfolio career focussing on issues that she cares about and where she can make a tangible difference. These issues include: protecting and enhancing the environment, improving scientific literacy in decision making and improved access to STEM careers.

Career background
Vicky joined the Met Office in the 1980s and later obtained her PhD in Meteorology from the University of Reading. In the 1990s she led teams in stratospheric research (working on the ozone hole) and climate model development. In particular she led the development of Met Office Hadley Centre models used in IPCC 3rd and 4th Assessment Reports and for the UK Climate Projections released in 2009 (UKCP09), and still in use today.

In her most recent full time role she was responsible for developing opportunities to exploit Met Office science and technology capabilities, often in partnership, to improve services to government. She had a wide remit with interests in the impact of weather and climate on environmental and financial risk, satellite applications, hydrology, transport and the digital economy. She worked on partnerships in Scotland, Wales and the US as well as advisory roles on environmental change.