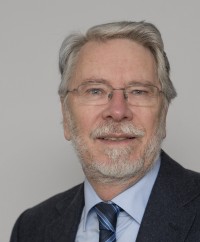 Richard Brook is Vice President of AIRTO (Past President since 2020).

Richard’s career in research and technology development spanned many and varied aspects of measurement, instrumentation and control system products and applications in the process and manufacturing industries, road transport, defence, spacecraft and satellites, including their testing and certification for global markets.

He is an experienced angel investor and company director. He served as a non-executive director of the National Physical Laboratory from 2001 until December 2015. He is also a visiting Professor of Measurement and Instrumentation at City University, London and a member of the University of Leicester Innovation Advisory Board.

He was an Expert Advisor to the European Commission on the Space components of its Framework Programmes and preparations for Horizon 2020. He has advised on many aspects of UK public sector support for research, technology and innovation, including on numerous Departmental and Research Council boards, panels and committees.

Richard was appointed OBE in the 2004 for services to Higher Education and for the UK Space Industry. He was elected a Fellow of the Royal Academy of Engineering in 2007. He holds degrees in Mathematics, Computer Science and Engineering. He is a Chartered Engineer and a Fellow or Member of several Professional Institutions.